In this lesson, we will learn how to relate the phases of waves that have traveled different paths to the waves' properties and path lengths. 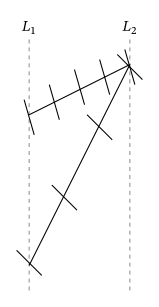 Are the path lengths of the two rays in the region between and equal or unequal?

Do the phases of the waves at the point where their paths intersect each other differ by an integer multiple of radians?

Do the phases of the waves at the point where their paths intersect differ by an integer multiple of radians?

Electromagnetic waves with a wavelength of 625 nm are emitted from a point . The initial displacement at is zero, which increases positively. The waves travel to the point , as shown in the diagram. The lengths of the sides of the triangle in the diagram are not to scale with each other, but the line from to is drawn to scale with the wavelength of the waves emitted from . The graph shows the change in displacement of the wave with time at the point , starting from the instant at which the displacement at starts to change, before which it has a constant value of zero. At the instant that waves start to emit from , waves with the same amplitude, wavelength, and phase are emitted from the point . 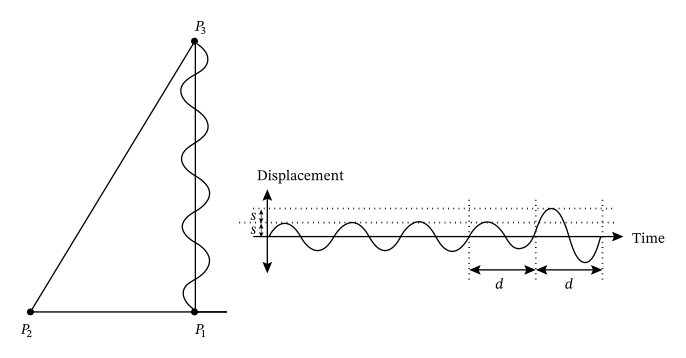 What is the length of the line from to ?

What is the length of the line from to ? 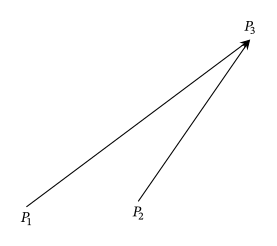